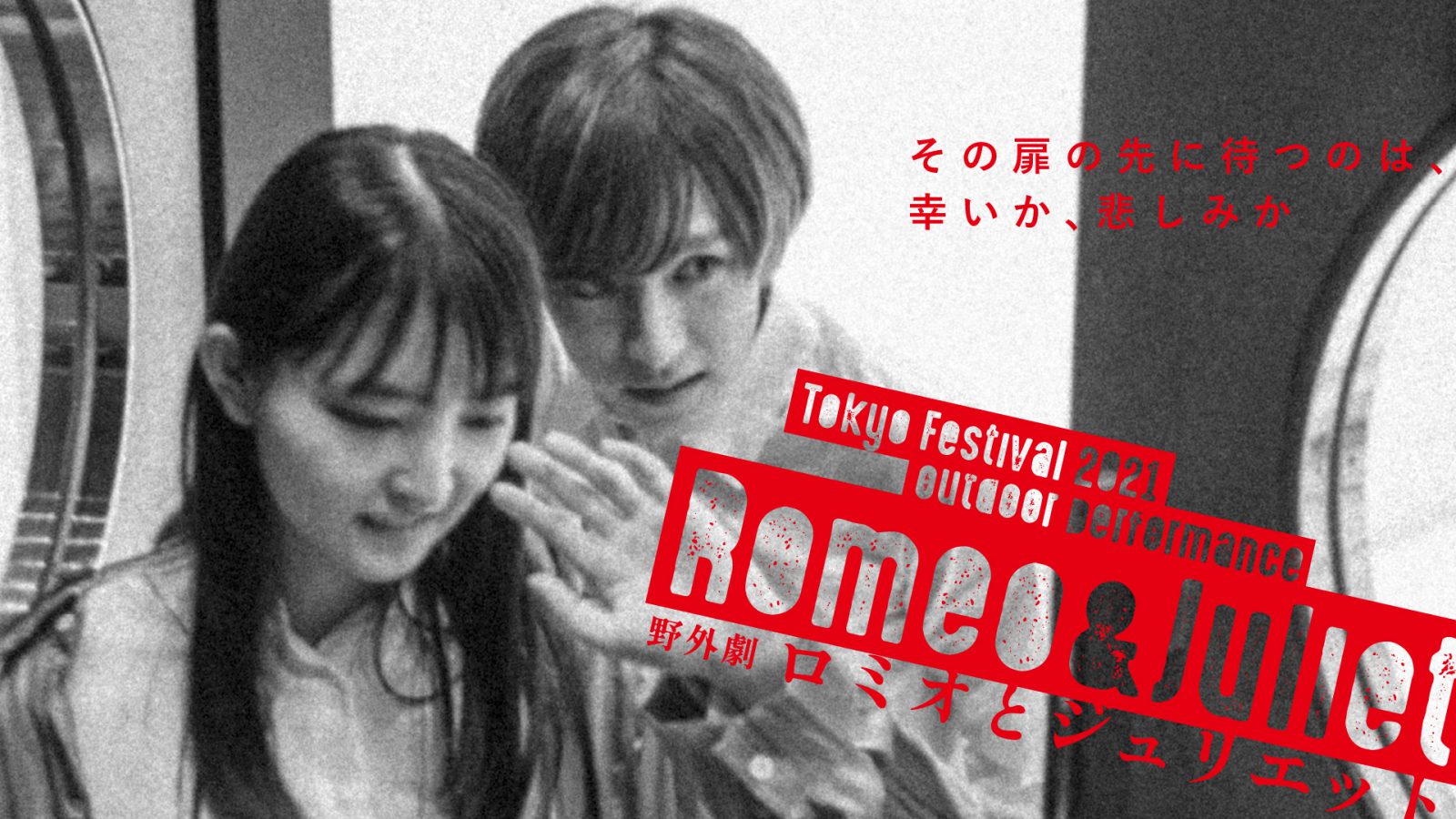 Romeo and Juliet in Playhouse

What lies beyond the door - unity or tragedy?

Tokyo Festival has been providing high quality plays that can be accessed with just a price of a one-coin (500 yen) as a movement to widely provide our theatre performance. This year will be the fourth year of the Tokyo Festival’s outdoor performance series. We will be presenting “Romeo and Juliet” written by William Shakespeare and translated by Kazuko Matsuoka. The production will be directed by Go Aoki, who has been involved in a variety of high-profile projects in recent years and is known for his diverse style. The concept of this year’s “Romeo and Juliet” is “Montague, a female dominant family vs. Capulet, the male dominant family”. The Montague family, led by Romeo, will be played by female actors, while the Capulet family, led by Juliet, is played by male actors. Due to concern that the outdoor theatre concept of this production could lead to the spread of coronavirus, the venue has been changed to Tokyo Metropolitan Theatre Playhouse. We hope you enjoy this tragic tale of glittering youth, its setting shifted from Verona, Italy in the Middle Ages to Ikebukuro in the near future.

-Wheelchairs
*If you are a wheelchair user and would like to attend this performance, please contact the Tokyo Festival Executive Committee office.

Born in 1967 in Kanagawa Prefecture. After graduating from the theatre institute affiliated with Theatre Troupe En, Aoki launched theatre company Gring with “After School” in 1997. He produced and directed all 18 Gring performances until the company disbanded 14 years later. He currently produces a wide range of works for different productions and theatre companies. The HTB drama “Mieru hi” with a script worked on by Aoki won the 47th Galaxy Award in 2009 for an outstanding program in the television category. In 2010 he garnered an ABU Prize for NHK FM Theatre’s “Revival, ” and was awarded the Newcomer’s Prize in the 66th Agency for Cultural Affairs Arts Festival for his direction of “Outen” in 2011. From September 2012 through July 2013 he studied in London on a scholarship from the Agency of Cultural Affairs as part of the Japanese Government’s Overseas Study Program for Artists. Aoki’s diverse professional activities include writing the script for the kabuki production “ A Complete Indian Tale – The War Chronicles of the Mahabharata“ in 2017, and directing the Japanese version of the English straight play “Shakespeare in Love” produced by Shiki Theatre Company in 2018. Major productions he has worked on in recent years include "Ryogoku oshare rikishi" in 2020 (as writer/director), “Gingatetsudo no chichi” in 2020 (as director), “Twelfth Night” in 2020 (as director), a musical theatre production of "The Little Prince" in 2020 (as scriptwriter/lyricist/director), “Soutaiteki Ukiyoe” in 2019 (as director), Tsubakigumi’s “Roji no saga - Kumano ni arishi otoko no monogatari” (as writer/director) in 2019, and the musical theatre production “Maniac” (as writer/director) in 2019.

Supported by the Agency for Cultural Affairs, Government of Japan in the fiscal 2021