"Fantastic Site" will comprise a performance of Dairakudakan Temptenshiki "Crazy Camel Garden" under the direction of Tokyo Festival General Director Satoshi Miyagi. In addition, there will be a film and performance program “Undercurrents” directed by Festival/Tokyo Director Kaku Nagashima, and Festival/Tokyo Co-Director Chika Kawai, who are also Tokyo Festival Planning Team members. Participating artists are Teita Iwabuchi, Kakuya Ohashi and Dancers, and Ikuyo Kuroda.
*Contents are subject to change without notice. Your understanding is appreciated. 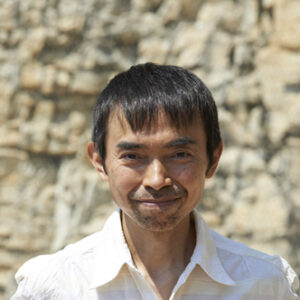 Butoh, which emerged in Tokyo in the 1960s, is the only Asian art genre in the modern era to have spread worldwide. Turning Tokyo upside down in spring 2021 will be Butoh legend Akaji Maro, one of the towering figures in Butoh who established the genre’s international reputation, his dance troupe Dairakudakan, and other up-and-coming dancers racing along at the boundaries of Butoh. This is set to be all-or-nothing performance by a rare Butoh artist who unearthed and developed a figurative underground passage for transporting the body to premodern times; a performance in a place where the energy reserves of this city, once the scene of fanatical conflict between East and West, gush like an oil field. Welcome to Fantastic Site.

Satoshi Miyagi General Artistic Director of SPAC (Shizuoka Performing Arts Center) and General Director of Tokyo Festival. General Director of the Performing Arts Division for the Culture City of East Asia 2019 Toshima project. Studied theory of drama at the University of Tokyo under instructors such as Yushi Odashima, Moriaki Watanabe, and Hachiro Hitaka. Founded the Ku Na’uka Theatre Company in 1990. Miyagi engages in various performance activities internationally and is highly acclaimed both in Japan and abroad for his directorial work combining contemporary textual interpretations with the physical techniques and styles of Asian theatre. Appointed Artistic Director of SPAC in April 2007. In parallel with performance of his own work, he has invited a succession of theatrical works from around the world which cast a sharp eye on contemporary society, and also works on educational outreach programs with a focus on creating theatre as “a window to view the world.” His “Antigone” was performed in the Cour d’honneur du Palais des papes in 2017 as the opening work of the Festival d’Avignon. It was the first time in the festival’s history for a work from Asia to be selected as the opening work, and the world depicted in the work garnered a strong reaction. Other representative works include “Medea,” “Mahabharata” and “Peer Gynt.” From 2006 to 2017, he was a producer of creative talent development program APAF Asian Performing Arts Festival (now APAF Asian Performing Arts Farm). He received the 3rd Asahi Performing Arts Award in 2004, and the 2nd Asahi Beer Arts Award in 2005. He was awarded the 68th Art Encouragement Prize for Drama in 2018 by The Minister of Education, Culture, Sports, Science and Technology, and received the French honor of “Chevalier de l’Ordre des Arts et des Lettres” from the French Ministry of Culture in April 2019. 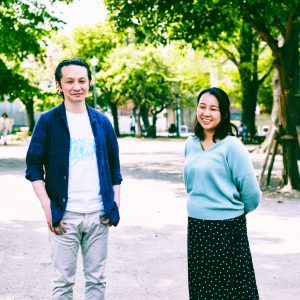 “Undercurrents: Undercurrents of the body”
The genre known as Butoh is utterly captivating. It is not a style or a form, but an attitude or mentality. One might even go so far as to call it something akin to an ideology or a philosophy. In Butoh, dancing is not the pursuit of normative beauty by a balanced, ideal body, but rather encompasses and affirms approaches to life in all its diversity, however distorted, weak, diseased, or groveling they may be. This essence also leads to the affirmation of our existence that blends Japanese and Western, premodern and modern, deficiency and excess. What kind of undercurrents has this spirit formed in Butoh’s heritage today, several generations since its birth? Three different works by three different dance companies have been captured on film in appealing sites that conjure up the gaps and overlaps between Tokyo’s past and present.

Kaku Nagashima Graduated with a degree in French literature from Rikkyo University. During graduate studies, he began to research and translate the later prose of Samuel Beckett. His involvement with theatre came first as a performance surtitles operator and script translator. A pioneering dramaturge in Japan, he has worked with a wide range of directors and choreographers in that capacity. His main credits for projects and works at non-theatre venues include the “House of Atreus” series and “Kaku Nagashima’s How-To-Make-Laboratory” (both for Tokyo Artpoint Project), “The World” (Kakuya Ohashi and Dancers), “Town and Theatre Skill Exchange” (Toyohashi Arts Theatre PLAT), and “YAJIRUSHI” (Saitama Triennale 2016 & 2020). He teaches at the Department of Musical Creativity and the Environment, Tokyo University of the Arts. He has served as Director of Festival/Tokyo since 2018.

Chika Kawai Graduated from the Science of Design, Musashino Art University. In her work with theatre companies, she has produced performances of new works, organized tours in Japan, and managed overseas co-productions. After a stint at a planning and production company and working freelance, she joined Arts Network Japan (ANJ) in 2007 and took part in the establishment of Kawasaki Art Center. Her work for ANJ has focused on the creation of new theatre and dance works, guest performances, and the design of programs supporting young artists. In 2012 she was assigned to Festival/Tokyo Executive Committee office, where she worked on recruitment programs for young artists from Asia including Japan, as well as overseas co-productions. From 2015 she served as Vice-Director of Festival/Tokyo, becoming Co-Director in 2018. She is a part-time lecturer at Nihon University College of Art’ s theatre department.

Part of Tokyo Tokyo FESTIVAL, this is a comprehensive urban arts festival held every fall around Tokyo’s Ikebukuro area which aims to connect with the world through Tokyo’s rich and diverse arts and culture scene. While showcasing the appeal of Tokyo’s arts and culture in an easy-to-understand manner, at the same time the festival aims to enhance Tokyo’s own creative capabilities. In the mid-to-long term, we will continue to work on resolving social issues, developing human resources, developing urban areas, and tackling globalization.
Organized by
Tokyo Festival Executive Committee [Toshima City, Toshima Mirai Cultural Foundation, Festival/Tokyo Executive Committee, Tokyo Metropolitan Foundation for History and Culture (Tokyo Metropolitan Theatre & Arts Council Tokyo)]